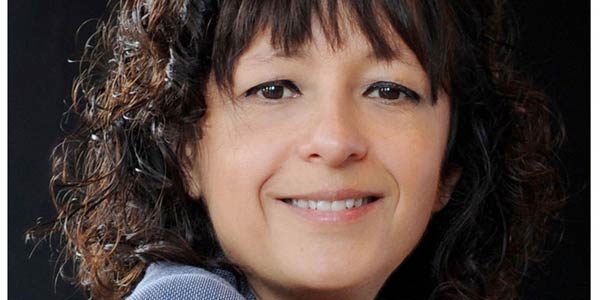 In celebration of International Women’s Day, Dr Emmanuelle Charpentier, a pioneer of CRISPR-Cas9 technology, will give the 2017 UCL Women’s Flagship Lecture. CRISPR went from obscure bacterial defence system to household name in a few short years thanks to its immense power to ‘edit’ the genome. In this seminar, we’ll hear the inside story of this fascinating journey as well as learn more about the woman behind it.

There’ll be a drinks reception in the Cloisters (Wilkins Building, main quad of UCL) from 5.30pm, followed by the lecture in Cruciform Lecture Theatre 1 at 7pm. The lecture will be enhanced afterwards by a Q&A session, moderated by Alok Jha, science correspondent for ITV News.

This event is free and open to all, but spaces are limited, so book early to avoid disappointment! You can register for a maximum of two tickets.

Dr Charpentier, a French biologist, is currently director of the Max Planck Institute for Infection Biology in Berlin. Her work was instrumental in understanding the molecular basis of the bacterial CRISPR-Cas9 “immune system” and exploiting it as a tool for genome editing. In collaboration with Jennifer Doudna and her team, Charpentier’s group worked out how to make precisely targeted mutations via synthetic “guide RNA” molecules. The method is now widely used to edit the DNA sequences of plants, animals, and mammalian cells, which will have wide-reaching effects on biology, healthcare and technology in the future. Charpentier has won the Breakthrough Prize in Life Sciences, the Gruber Foundation International Prize in Genetics and the Leibniz Prize, Germany’s most important research prize. In 2015, Time Magazine named Charpentier one of the 100 most influential people in the world (together with Jennifer Doudna).

This entry was posted in Events, International Women's Day. Bookmark the permalink.